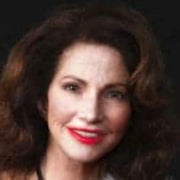 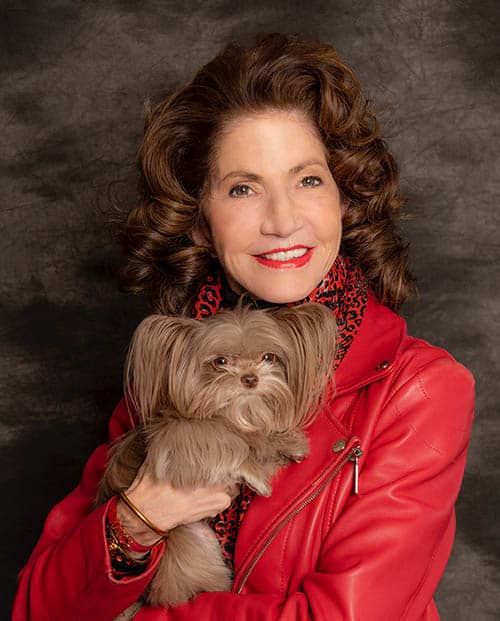 Everyplace you go and anywhere or everywhere you are, you can learn, enjoy, meet new people and be productive. My philosophy has always been; do what you Love in the places you Love with the People & Pets you Love. My beloved KoKo is with me in Paris, France. We are learning so much on so many things I love. Photography has always been what I do and I continuously keep learning. Apple products are what I am using and learning more about, as technology are the inventions of today!

When you are traveling internationally and taking along your dog or cat there are a number of things you need to get in order ahead of time. 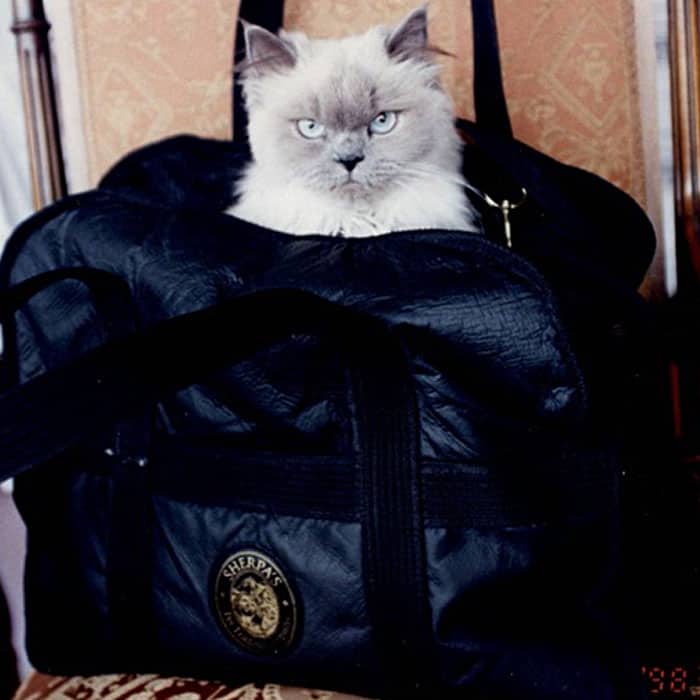 END_OF_DOCUMENT_TOKEN_TO_BE_REPLACED

Love and fashion continuously evolve for people and their pets. Images from the Who’s Next Fashion show, Paris, France. Featuring next Winter’s collection.Can you imagine, they even had a sneaker cleaner! 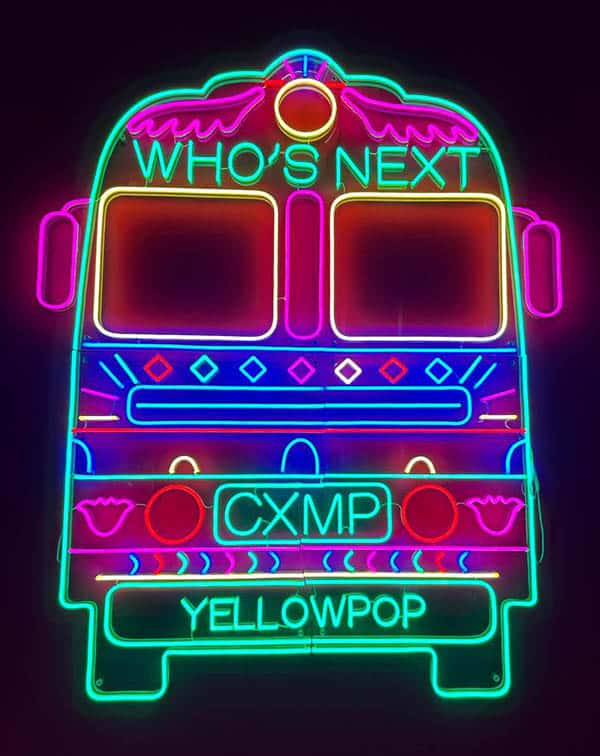 END_OF_DOCUMENT_TOKEN_TO_BE_REPLACED

This article is from the folks at Badlands Ranch, check out their amazing, informative website badlandsranch.com 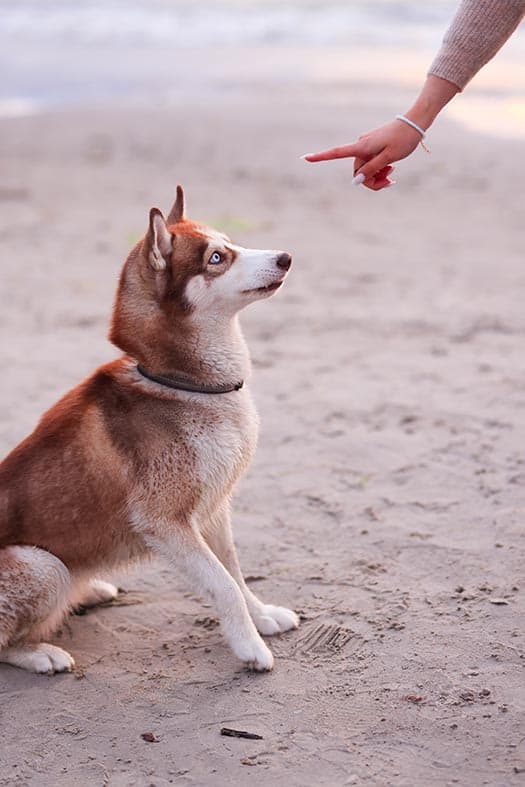 Do you ever wish you could have a conversation with your dog?

Maybe you want to let them know you’ll be free to play with them in just half an hour.

Well, unfortunately there’s no “human to canine” dictionary just yet.

But every year, scientists get a little closer to bridging the gap between people-talk… and dog language.

Let’s talk about a few techniques you (and your dog) could actually try, right at home.

If you want to know…. What does your dog want?

These are buttons that say things like “potty” or “water” or “play” when your dog taps them with a paw or nose.

Some dogs can learn DOZENS of words — and even string them together into simple sentences like “dad play now” or “outside potty.”

Now, there are a lot of tutorials about how to use buttons on the web, so I won’t go into a long tutorial here. END_OF_DOCUMENT_TOKEN_TO_BE_REPLACED

Check out our friends at The Three Tomatoes. Binge worthy information, book pick recommendations, education and staying in the know! 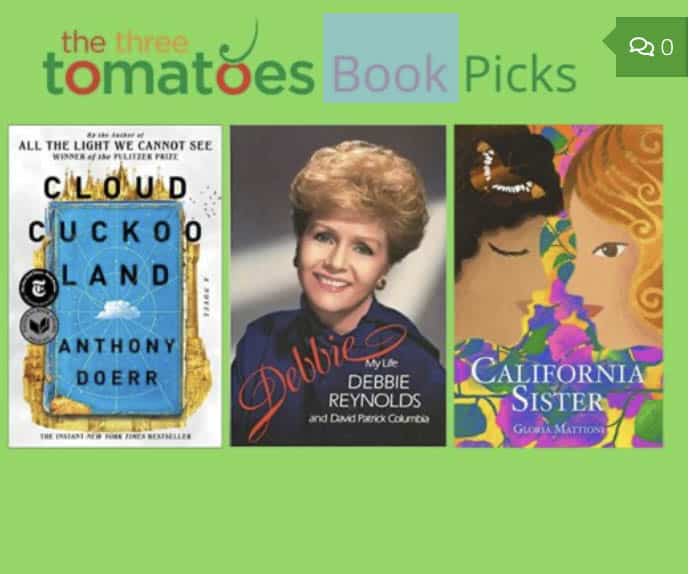 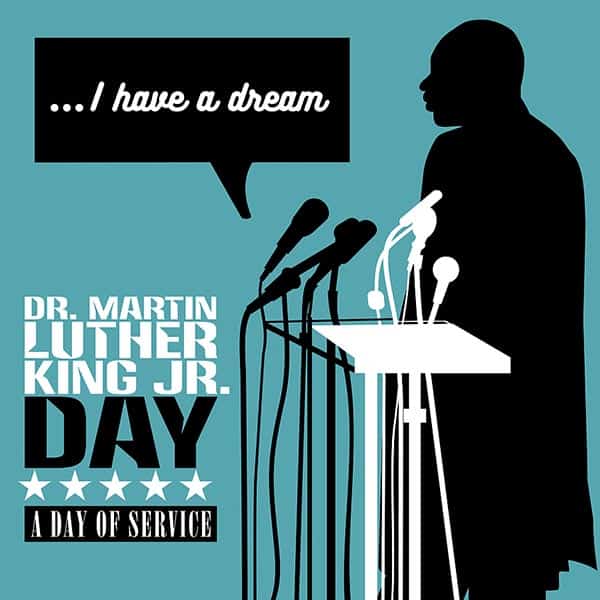 “We must accept finite disappointment, but never lose infinite hope.”

“Faith is taking the first step even when you don’t see the whole staircase.”

“We may have all come on different ships, but we’re in the same boat now.”

“Love is the only force capable of transforming an enemy into friend.”

“Only in the darkness can you see the stars.”

“No one really knows why they are alive until they know what they’d die for.”

“Injustice anywhere is a threat to justice everywhere.”

“If I cannot do great things, I can do small things in a great way.”

“The time is always right to do the right thing.” 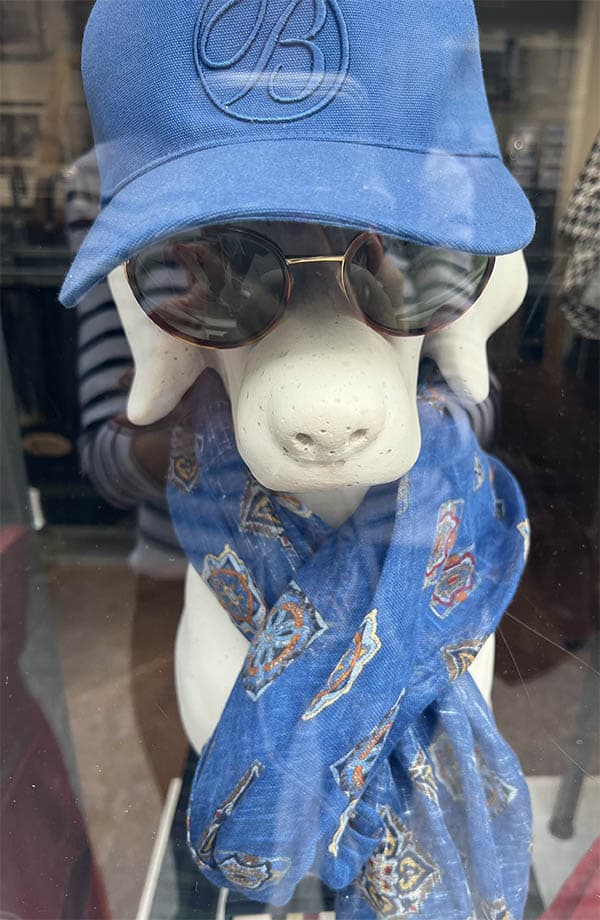 Paris is the city of light and the fashion capital of the world.

As travel returns for humans, more of them want to take their animal companions with them on vacation. Here, tips on making that experience a happy one for everyone.

When Caroline Perkins, 61, was planning to fly her springer spaniel Calvin from Sacramento to Seattle a few years ago, she asked her veterinarian for something to help him keep calm in the cargo hold. The sedative had “the opposite effect,” she said, and during the flight the dog chewed a hole the size of his head in his hard plastic carrier.

“Since then, we’ve been driving,” said Ms. Perkins.

Millions of American households adopted a pet during the pandemic when they were stuck at home. Now, as many have started to travel again, they want to take their animals with them.

At Vacasa, a vacation-rental management company, reservations that included guests with dogs this summer were up 59 percent over last. “Pet friendly” has become the third most-used search filter by guests looking for rooms on Hilton Hotels’ website and the “pets allowed” search filter is one of the most popular filters on Vrbo, the home rental site, according to those companies.

END_OF_DOCUMENT_TOKEN_TO_BE_REPLACED 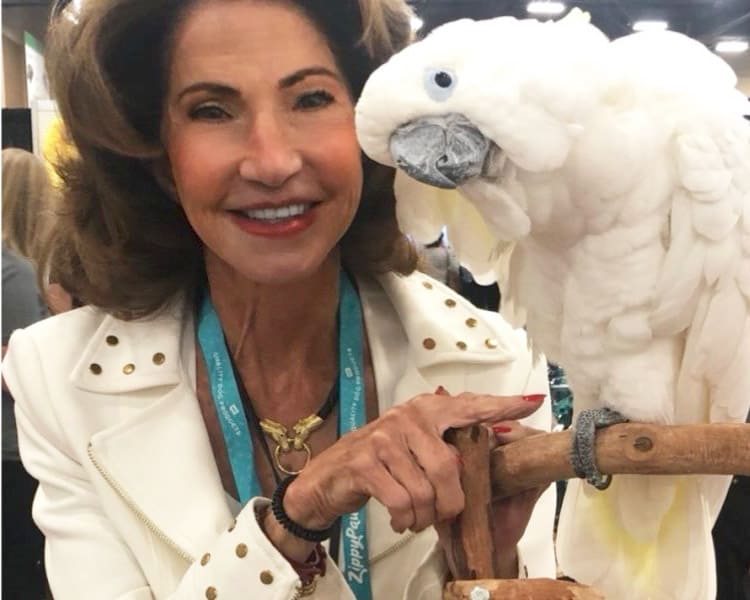 Last week I saw a woman bringing a dog into a senior living facility across the street. My first reaction was that of excitement as she was carrying the dog in a SHERPA Bag, the first soft-sided pet carrier that I invented in the 80s. Yes, even after all these years I still get excited to see people using my brainchild that become a global staple in the pet industry! My second thought was how wonderful it is that animal therapy has become popular among seniors. I have experienced the benefits of pets and the unconditional love they give(especially when going through a transition in life), and I think it is so important for people to recognize joy and happiness animals bring. There are many different pets (not just dogs!) that can positively affect the lives of people.

Birds make a great companion. Think about it. When out in the wild, they typically flock, so it is in their genetic makeup to want to be with others!  Birds also do not require walking or extensive bathing, so can be an ideal companion for someone who prefers to spend more time inside. Birds love to talk, chirp, sing… depending on the breed. If you want to fill your quiet home with some sound, birds will do the trick. Although be careful – while some people could consider the chirping nature-like and therapeutic, others might find it noisy!

If you are looking for a quiet pet, a rabbit might be a good fit for you as they typically make little noise. Rabbits bond closely with their owners, and will become affectionate to you if you have positive interactions with them, like playing, grooming, and cuddling. 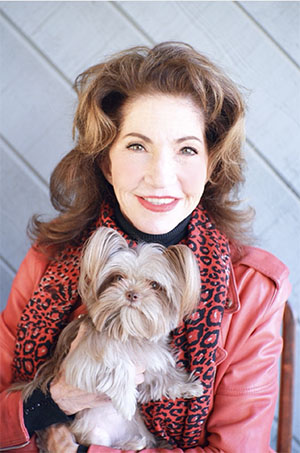 I recently went one on one with Gayle Martz. Gayle is the founder and former CEO of Sherpa Pet Trading Company, maker of The SHERPA Bag®, the first soft-sided pet carrier officially approved by major airlines.

Adam: Thanks again for taking the time to share your advice. First things first, though, I am sure readers would love to learn more about you. How did you get here? What experiences, failures, setbacks or challenges have been most instrumental to your growth?

Gayle: My journey began as flight attendant with TWA. I have always loved to travel and experience different foods, cultures, and places. The job also allowed me to pursue my other passion, photography. I was a freelance fashion photographer for high-end brands in the handbag and fashion industry. I photographed Lanvin in Paris, Valentino in Rome, and Adolfo in Milan. Life was good until my flight attendant career came to an abrupt halt on the heels of a corporate raider who took over TWA. His first order of business was to get rid of all flight attendants and hire a new work force. I remember wondering, how am I, and others, going to make it? I was living in Manhattan, the most expensive borough in the most expensive city in the country, and just lost both my revenue streams. And then shortly thereafter, the unthinkable happened. My finance died of a heart attack. All these events left me with no money, no home, and no job. But as they say, the good thing about hitting rock bottom is there’s only one way left to go and that’s UP.  The knowledge I gained from being a flight attendant and my experience as a photographer coupled with the love I had for my dog, SHERPA, who I never wanted to go anywhere without, helped me create a vision for what became the first soft-sided pet carrier, The SHERPA Bag. My signature design was the first of its kind, as the soft-sided pet carrier category did not exist in the world. This bag allowed me to create my multi-million-dollar business, the SHERPA Pet Trading Company, where I served as the CEO until 2016.

How did you come up with your business Idea? What advice do you have for others on how to come up with great ideas?

Gayle: The idea for the SHERPA Bag came to me when I wanted to fly with my dog, SHERPA, from New York to California but she was not allowed in the cabin, so I had no choice but to make the cross-country trip in a car. I started experimenting with dimensions and designs for a new type of pet carrier that would fit a pet comfortably and safely under the seat of an airplane. Was it a good idea? Yes. But what most people don’t realize is an idea means very little without a strong foundation and execution. When thinking of an idea, search for a void in the global marketplace. If there is a void in the marketplace, do research to see if your idea would be beneficial and attractive to consumers. The only good ideas are the ones that have a lot of hard work that goes into them. END_OF_DOCUMENT_TOKEN_TO_BE_REPLACED 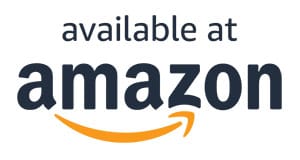 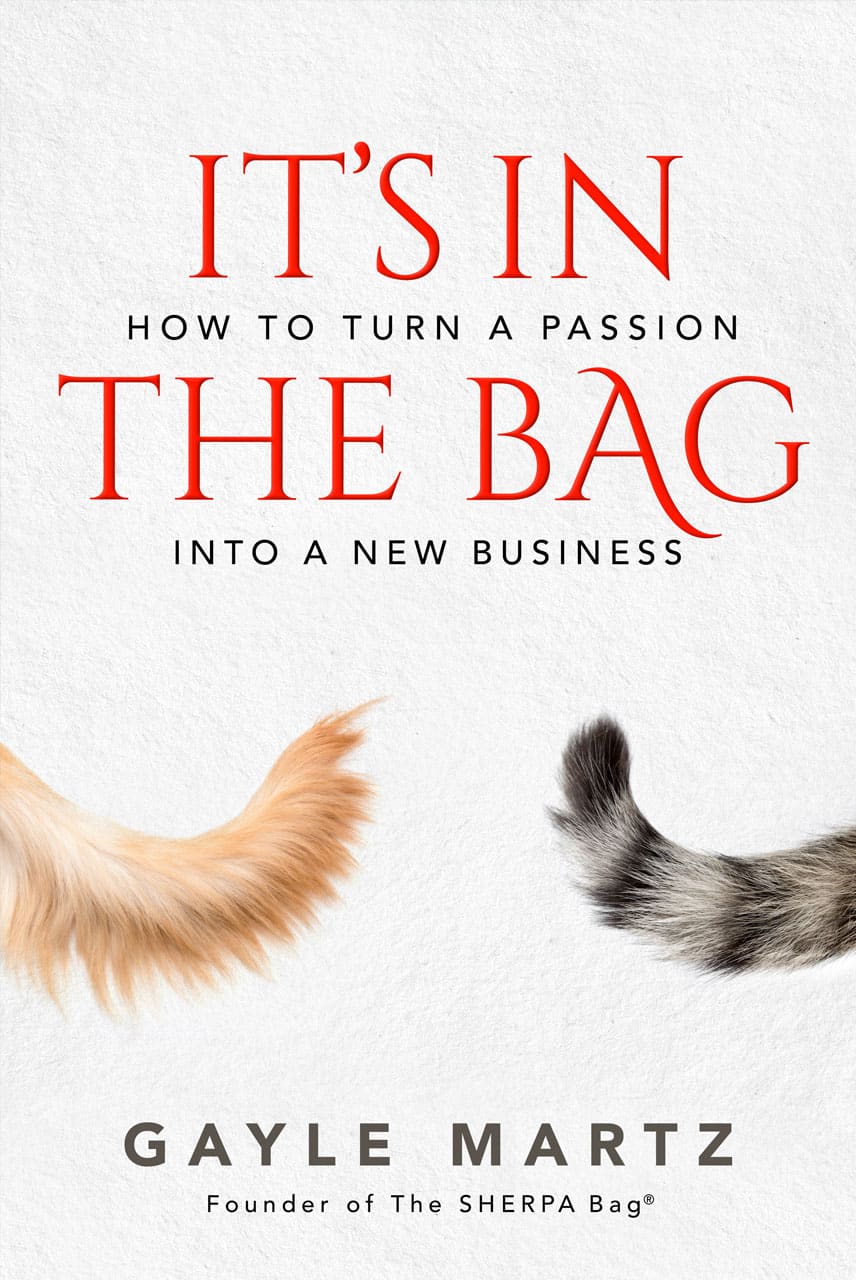